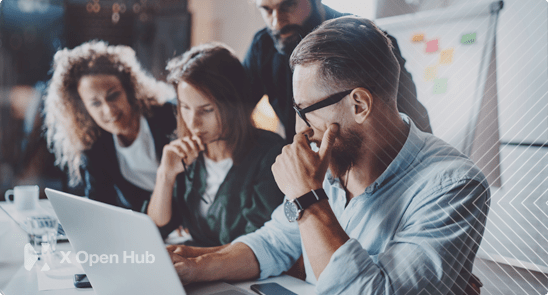 Home > Check one of the most anticipated public offerings in 2017

Check one of the most anticipated public offerings in 2017

Check one of the most anticipated public offerings in 2017. X Open Hub will offer a CFD based on Snap shares from the very first day of listing.

Snap Inc., the parent company of messaging app – Snapchat, officially filed for its initial public offering (IPO). The company plans to list on the New York Stock Exchange under the proposed symbol “SNAP.US”. It appears to be the most anticipated public offering since IPO of Alibaba in 2014.

According to the latest news, SNAP shares are expected to be priced on March 1st and the first day of trading may be March 2nd. Snap Inc. is widely expected to be valued at between $20 billion and $25 billion. The company reported growing revenues and increasing losses, it recorded $404.5 million in revenue in 2016, compared with $58.7 million in 2015.

X Open Hub will offer a CFD based on Snap shares from the very first day they will be listed on the exchange. Short selling on SNAP.US , however, will not be available during the first few weeks of trading which is a standard procedure for all IPOs.

The Snapchat platform has been very popular with young users, but a growing number of businesses are using Snapchat to increase engagement with consumers. Profit is mainly made from ads on the platform and content created by third – party channels such as news organizations.

Contents What is an introducing broker program or a forex affiliate program? The difference between END_OF_DOCUMENT_TOKEN_TO_BE_REPLACED

X Open Hub refreshed its brand, which includes: a general change of the company’s identity, END_OF_DOCUMENT_TOKEN_TO_BE_REPLACED

Introduction of new commodities to our institutional offer

As a result of the new trends and the change in energy pricing, we have END_OF_DOCUMENT_TOKEN_TO_BE_REPLACED